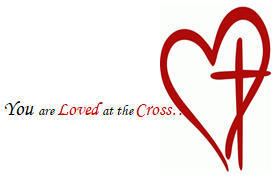 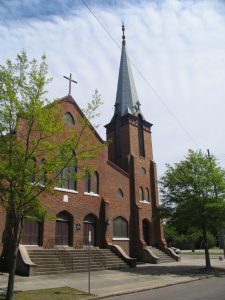 Although 1865 was the year in which African Methodism took root in Wilmington, the roots of Methodism began in 1798 when a Wesleyan missionary named William Meredith traveled up the coast preaching. His preaching sparked a divine flame amongst slaves and white citizens became suspicious of him, ultimately jailing him. So Meredith preached from the jail window until released. Upon his release, he continued his mission work and established the Front Street Methodist Church with the aid of blacks who gave their “penny collections” to help him acquire property for the church. The harsh politics and social backdrop of the antebellum South, which included laws against free blacks from preaching, the “Free Negro Code” in North Carolina and drastic responses to rumors of slave insurrections did not deter our people’s pursuit of religious freedom. The split within the Methodist Episcopal (M.E.) Church creating the Methodist Episcopal Church South further solidified the strife of slavery and politics. As a
result, the black Methodists in Wilmington suffered an even deeper inequality with their white counterparts with whom they worshiped. Prior to the Civil War, African Methodism had not spread throughout the South but with the fall of Wilmington and Fort Fisher, the Union Army forces occupied Wilmington. On the Sunday morning following Wilmington’s fall to the Union forces, Rev. Burkhead (pastor of Front Street Methodist Church attended the “sunrise prayer-meeting” of the colored friends of the church—a long-standing institution within Front Street Methodist Episcopal Church, South. This was their first Sabbath after being granted social and political freedom. “Charles R.” a black class leader led the services and opened it with Psalm 9. He exhorted members to go home after service and meditate on the Psalm 9, saying “I tells you to take down dem Bibles and read and study ober dis morning lesson on dis de day oh the jubilee!” Midway through the service Rev. William H. Hunter, the black Union chaplain addressed those present. His sermon included the following comments: “A few short years ago, I left North Carolina a slave; I now return a man … I have the honor to be a regular minister of the Gospel … one week ago you were all slaves; now you are all free. Thank God the armies of the Lord and of Gideon have triumphed and the Rebels have been driven back in confusion and scattered like chaff before the wind.” Rev. Hunter’s influence proved more than oratorical. When Rev. Burkhead refused to relinquish the pulpit to Rev. Hunter to preach to the predominantly black congregation of Front Street Methodist Episcopal Church, the Union Army authorized services to be split for black members and white. Ultimately, 642 black members of  the church were withdrawn from the roll during quarterly conference and they exited the church to establish St. Stephen African Methodist Episcopal Church under the leadership of Rev. Hunter. This was significant as it constituted more than half the membership of the church.

In May 1865, the newly established St. Stephen began holding services in various locations and while they appealed to gain ownership of the Front Street Methodist property, some services were held there. The appeal failed and the new congregants sought a permanent location for services. Rev. Hunter left Wilmington to fulfill new orders and Bishop Daniel Payne
appointed Rev. James A. Handy as the 1st appointed pastor of St. Stephen. He served for one year (1866). Chaplain Hunter Rev. Handy Rev. Gregg. By April 1867 during the South Carolina Annual Conference, the cornerstone for a small wooden church was laid. The land was deeded to the church under a covenant established with the City of Wilmington by a local philanthropist—William Campbell, for whom the entire city block was named. It was identified as City Block 236, Lots 5 and 6. and was purchased by the Board of Trustees for $1. By 1879, the church had outgrown the wooden structure and the Board of Trustees and Building Committee determined that a new edifice was in order. Membership then exceeded 1,000 members. The Church established a Building Committee and under the direction of Rev. Joseph Fry and the Board of Trustees, the church demolished the old wooden church and began digging the foundation for a new edifice. The construction of the new church represented a collaboration in the Wilmington community, led by black artisans and craftsmen. Lewis Hollingsworth, a local black landowner provided timber from his land and funds to help the church. Masons from the Giblem lodge provided support in acquiring the bricks needed for construction and carpenters such as Daniel Sadgwar supervised work crews while designing the ornate wood work in the church balcony. The project was delayed several times due to weather and periodic financial constraints. In 1887 the construction was finally completed and on November 16, 1887 the church hosted a celebration service in recognition of the A.M.E. Church Centennial. At that
time, membership at St. Stephen exceeded 1,500. In 1889, St. Stephen served as host of the 20th North Carolina Annual Conference. In addition to normal business meetings that were conducted, each day of annual conference was filled with ecumenical services that roused the spirit. Conference opened on November 20, 1889. Following is just a glimpse into the highlights of the first North Carolina Annual
Conference held at St. Stephen:• Annual Conference was opened by Bishop W. J. Gaines, D.D. who opened in the absence of Bishop Jabez P. Campbell, D.D., LL.D. who was reported as being “too feeble” to be
present. Rev. W. H. Giles was elected Secretary in Chief, Rev. W. J. Jordan, Recording Secretary and Rev. W. H. Capeheart, Statistical Secretary.

Upon introduction by Bishop Gaines, Miss Emma F. Hooper gave a welcome address on behalf of St. Stephen which included an invitation to partake of the region’s hospitality, freshseafood and to tour the northern section of the city to see the commercial advances made in the black community. Her general remarks included the following words “We have some few impediments yet, among which the two most hurtful are prejudice and jealousy. They too will be beaten back by the power of education and religion.”

• On the closing day of Annual Conference, the Sunday Services were attended by large crowds of people including Sunrise Prayer Meeting and Love Feast. That evening, the church was
filled to an overflowing level with people trying to crowd in. Reportedly not less than 3,000 people tried to enter the church or stand outside to “Drink the water of life” as gushed from the mouth of Rev. W. B. Derrick, D.D. of New York. He selected for his text, Job 11:7-8 with the theme of “The impossibility of man in his finite state to comprehend God.” By 1896, St. Stephen hosted the 20th General Conference of the A.M.E. Church under the administration of Rev. E. J. Gregg. This was the 3rd General Conference to be held in the South. As the twentieth century approached, the winds of political and social change blew through Wilmington. St. Stephen rose to defend God’s community of color when during the 1898 Racial Massacre, Rev. I. S. Lee and trustees of the church stood on the steps of the church
pleading with an entourage of white gunmen to leave the people of the community alone. They threatened to shoot down the pastor and officers if a search of the church was not permitted (asit was believed that black churches were hiding ammunition). After the church was opened for search and no weapons were found, it was reported that only a large number of election fliers
could be found. Women and children seeking protection in the church ultimately fled to Pine Forest Cemetery where they hid for days before peace was restored.

With the new century came a decline in the black population, limited business and employment opportunities and the onset of the Jim Crow South. St. Stephen rose to address the needs of the community through several of its appointed ministers. Early in the twentieth century, Rev. George W. Carnes placed a great focus on physical as well as spiritual health. He and his wife were parents of two sons (a medical doctor and a dentist) who helped their parents spearhead numerous events which addressed health in the black community. By 1913, a dynamic new minister was assigned to St. Stephen, Rev. A. J. Wilson. He previously held appointments in Chapel Hill, Charlotte and Raleigh, N.C. and was well respected for his administrative and ministerial skills. He was known throughout the AME Church for his service as a Vice-President of Kittrell College, Trustee of Wilberforce University and President of the N.C. Allen Christian Endeavor League. Rev. Wilson shared his vision with the St. Stephen officers to move the church into a greater leadership role for the black community in post-1898 Wilmington. Under his administration, an annex to the main church was erected during 1913-1914, giving added space for a very active and growing Sunday School. It also provided space for recreation (including an indoor swimming pool), job training, public services for blacks (including medical offices and a library) as well as classrooms. His philosophy was that the church should minister to the physical as well as the spiritual needs of its members and the community. And it did! Over the decades of the 20th century, St. Stephen continued to serve within the local community, the North Carolina Conference , the Second Episcopal District and throughout the Connectional Church. As the 21st century approached, the church increased its efforts to prepare youth through Church School, Boy Scouts, Girl Scouts and parent education. Many educators in the church also placed a focus on reactivating the Allen Christian Endeavor League. Rev. W. L. Williams issued the clarion call for the church to “Wake Up, for we are sleeping over our harvest!”.
As the 21st century dawned, St. Stephen was faced with aging facilities, dwindling membership due to deaths and relocations of youth after high school. The church has made a conscious effort to acknowledge its past through teaching of history and special events that uplift church history. However, it has consciously looked forward, embracing its inevitable responsibility to help youth develop strong spiritual and moral foundations, and to help families appreciate the holistic value of the church. St. Stephen has been led by 48 pastors. Currently the Reverend Thomas O’Neal Nixon serves as Senior Pastor. St. Stephen continues to shine as a beacon in the community to remind all that
they are loved at the cross!

At St. Stephen, we have a simple hope: to see people come to know Jesus Christ and grow in their Christian faith. For 155years, we've been helping spread God's good news here in our city and throughout the world, and we pray that God will continue to use our congregation. Whether you've been attending church for years or haven't stepped into a sanctuary in decades, we hope you'll come and join us Sunday if you're looking for a church in our hometown.

When you come to join us for the first time, one of our greeters will be glad to help you become comfortable.

During the service, you'll hear our faith expressed in the songs we sing, prayers we offer up and our pastor's preaching. All parts of our service are grounded in the Bible, which we are committed to upholding. At St. Stephen], we agree with the Apostle's Creed , which we may recite during the service. The Apostle's  Creeds is one  of the most ancient Christian creeds, and you'll find they are upheld by almost all churches today.

. Say hello to our pastor and anyone else you see. We'd all love to hear your story and share ours with you.

No matter what your Christian background is (or isn't), we hope you'll join us on Sunday. Here at St. Stephen, you'll find people of all sizes, stripes and colors, and we welcome everyone--including you. Our services start at 9:00 for Sunday School and 10:00 a.m. every Sunday.